“Before I flew over to Rarotonga I had a lot of e-mail contact to Cathy-Sue Ragan-Anunsen, who always replied very fast and competent with information. Also the organisation Global Nomadic, especially Jeremy Freedman, was a big help in organising my volunteering abroad. I then finally arrived on the 02.09.2016 at the airport of Rarotonga and was lovely greeted by the clinic manager Jo Taylor-Kupu and another vet nurse. All in all we were 2 vet nurses, 1 vet student and 1 vet at this moment, which was fine for the amount of patients we had at this time. The other volunteers were all from Britain, so I could soon see how different the education to veterinary nursing in Britain is compared to Austria. The British vet nurses are legally allowed to do much more than Austrian. So for example they are allowed to set catheters, tubes and give injections. Therefore the other vet nurses were much better trained and skilled than me. But this fact made the whole volunteering very profitable for me, because in this way I learned so many things I would have never been taught in Austria and so I’m very proud and thankful for that. Also if you are a well-trained vet nurse you always learn new things in working with people from other countries. The highest amount of volunteers we had was 8 people for about a month and I was surprised that there were never any fights, because the living conditions were kind of hard in this month: 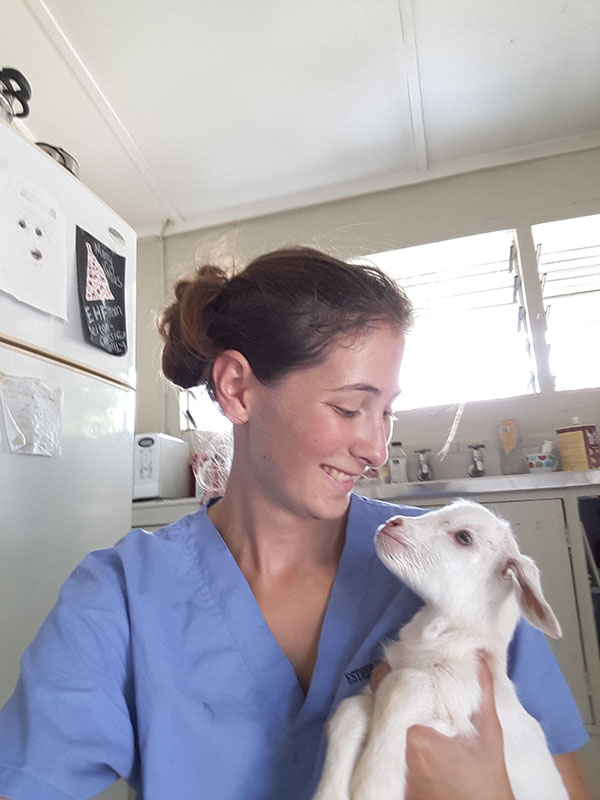 1) One of the two fridges broke down, so we had no place to store many of our food for a month and much of it got ruined (expensive on Rarotonga!!!)

2) The animal washing machine broke down. So for two weeks we had to hang up the dirty laundry on the washing line and hose it. Clean and hygienic? Surely not!

But through all this and the less privacy, just one bath and one oven for cooking we managed not to stand in the way of each other and had a lot of fun. Especially on the days off it was always great to have another person to do things with on this beautiful island. Rarotonga is one of the best places to spend your free time when you like the sea and the beach. The days off are very important for you to get away from the clinic, otherwise it will “eat” you. But some weeks we had so less volunteers that we sometimes only had ½ day off a week, which was really exhausting, especially when you even can’t sleep some nights, because of the noises outside at the clinic. That’s how you really learn to get stress resistant, when you have a busy day after such nights. 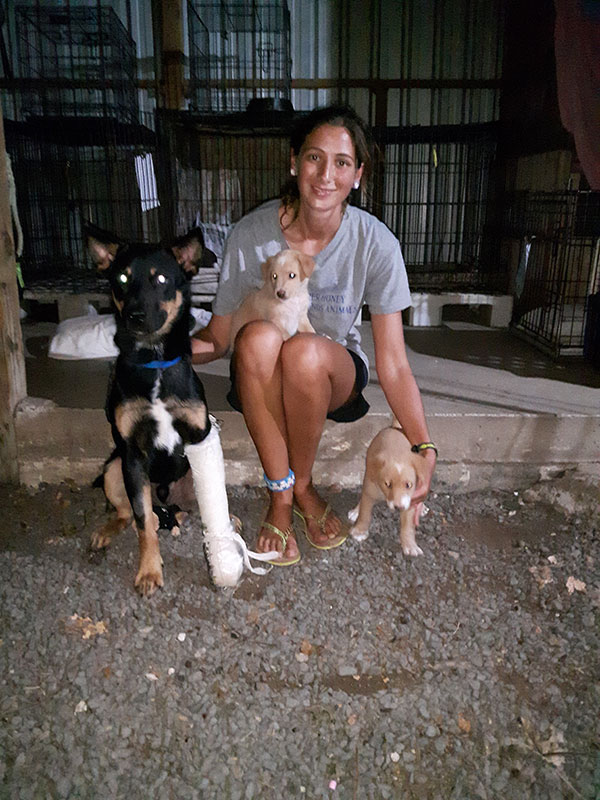 A busy day mostly already started with an emergency in the morning. The emergencies on Rarotonga are most times dogs that got hit by cars or scooters. These cases also made my skills richer, because in Austria you don’t have many “hit by cars”. And so on we also had a few leg amputations, not only on dogs also on cats and goats. Another speciality of case is poisoning. Some dogs got poisoned, because of eating fish or eel at the beach, others got poisoned because of Paracord, a poison used in agriculture. The dogs then got poisoned by drinking out of a water puddle where this poison is in. The poisoning cases always needed a lot of care and it was great to see when the animals slowly recovered, but sometimes it was too late and it was a painful way to death. I will never forget the symptoms of these poisoning cases I saw, this will surely help me in the future to recognise poisoning better. In one case we ran out of fluids and so we tried this “myth” of using coconut milk as fluids and I can happily say IT WORKS!
In summary I can say, this 2 ½ months volunteering at Esther Honey Foundation made me so much richer, mentally, personally and as a vet nurse. I would recommend everyone to do a volunteering abroad. You get at least the same amount of profit out of it as you put in in what you were doing. I’m so happy I got the chance to do my volunteering at the only animal clinic on the Cook Islands and I hope many others will get the chance to do such a great thing and also get something great for it. This was surely not the last time I was volunteering abroad!”

Veterinary Internship in the Cook Islands