8 years ago I left the UK. I just woke up one day and said I have had enough of my boring job, the grey skies (most days in Manchester), no love life and my friends were all either getting married with kids or moving elsewhere.

Since then I have been slowly moving around as one of the new breed of digital nomads who earn a living online. I started off living off savings, but soon realised I didn’t want to go home, so I learned how to earn a living online. Risky but worth it. There are lots of things you can do but having your own product is the best in my opinion.

My life is not secure yet in terms of having a future nest egg, but I am free to go wherever my bank balance permits. One reason I did this is because I have always loved travel, since I took a gap half year after university. Another reason is that an elderly employee in my old company, who was very unhappy with his job, told me that if he was my age he would definitely just get out of the country and see the world. He kept telling me and I guess one day it sunk in and helped me decide.

I started by learning how to make websites. Then fell into the mistake of going for the “passive income” type schemes involving spammy link building and low quality websites. I soon learned my lesson, which is that good overall marketing for a website is the best way to go, rather than looking at things from a view of just trying to manipulate the Google rankings.

Now I have two sources of income. I help various websites around the world to create an online presence mostly by helping with Google rankings. Clients come from a website back in the UK and from referrals. For example Unique Holiday Cottages is a website in the UK who I help by offering my expertise for anything related to online marketing as well as link building, such as doing guest posts like this. 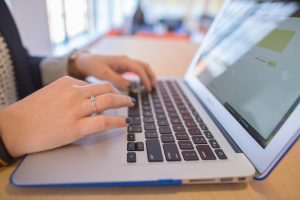 I am also about to start working on a therapy website from a guy in China who knows a friend I have worked for before. My brother has got me making him a drop-shipping website and I am in the middle of making and promoting a construction company website in Dubai. At the moment things are actually rather hectic and if you go into freelancing this is a bit of a problem, sometimes work is very slow and sometimes I am glued to my screen all day.

Everyone needs or knows someone who needs a website, or perhaps they have a website but they aren’t getting enough visitors. After years reading SEO blogs, forums and following my own experience, I am able to provide a valuable service. The fact that I live in Asia means I can charge less than those based in the UK too.

My other source of income is a labour of love. My friend from back home and I have always agreed that the scenery channel in films like Back to the Future 2 and Total Recall (the original) were great ideas. So we have been filming scenery as well as fishtanks and fireplaces. Then we make them into TV and computer screensavers. We don’t earn much but we are hopeful it will catch on and do better one day. At the very least it is a great excuse to travel. For example I am visiting Phu Quoc in Vietnam soon and will be recording videos for the paradise island vibe.

Having your own product is great as you actually feel like you have something of value, a proper company. Rather than freelancing for various people which is a more temporary thing. I would recommend anyone who wants to get into internet marketing to remember this. Always look for a product you could make, physical or virtual. Someone I met here is doing T-shirts made from a certain fibre and getting them made in China, so don’t think it has to be virtual or tech related.

What brought me to Chiang Mai

Since I left the UK I have been to various places in Asia, but for the past year Chiang Mai in northern Thailand has been home. After spending longer than I should have done in the Philippines, where I met my fiancee, I heard this new phrase “digital nomads” mentioned on a forum, combined with talk of living for a while in places like Ho Chi Minh City in Vietnam, Ubud in Bali and Chiang Mai in Thailand.

After a lot of research and calculating expenses I decided on Chiang Mai. The reasons were the cost of living; it is cheaper than anywhere else to get a decent studio apartment and eat good local food for a couple of dollars. Plus many other nomads claimed it as their favorite place. This was backed up by the fact that I had been to Thailand 5 times in the past and have always loved it, although never up north. Plus there was a large amount of beautiful scenery close to Chiang Mai, which I was interested in filming. I have filmed some of the waterfalls for our website.

I discovered that there were communities of people just like me in Chiang Mai (and the other places mentioned). There are Facebook groups, meet-ups, conferences and courses. Once you decide on what area you would like to get into, you will easily find good contacts to help you in a place like Chiang Mai.

If you are unsure what path to take I suggest starting by making a website about something you enjoy (WordPress is the platform to use). Along the way learn how to market the site on social networks, boost Google rankings with keywords and other SEO factors, plus you will pick up new ideas along the way, especially if networking in a place like Chiang Mai. There is no need to spend money on get rich quick schemes, courses or ebooks. It is best to just learn yourself from the masses of free information online and just use your own brain to discover new possibilities. 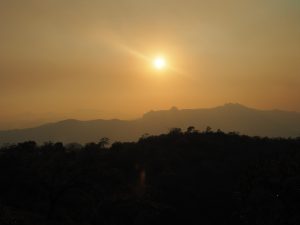 Sounds to good to be true?

There is just one problem with Chiang Mai, which also applies to much of this region of Asia. Between mid February and mid April farmers burn their waste from their previous harvest. This creates air which is unhealthy, especially for anyone with any conditions like asthma. You can’t even see the mountain (Doi Suthep) which is literally just a couple of miles away.

This year we will be avoiding these months and will likely return mid April, in time for Songkran. If we had kids we wouldn’t be here full stop, same if we had anyone really old with us. The air is not unpleasant most of the time but there were a few days this year when you could feel it in your throat and eyes. It is certainly not healthy and lung cancer levels are high in the region.

How long can you stay?

Most countries get a visa exempt 30 days on arrival in Thailand. In August 2014 a new law was passed allowing tourists to extend for an extra 30 days at any immigration office. If you plan on staying for longer you will need to apply for a tourist visa from the Thai Embassy in your country, or any other country.

Tourist visas last two months and can be extended for 30 days at an immigration office. Many countries including the UK, Philippines and nearby Laos offer double entry visas, giving you up to 6 months. You will just have to extend twice and hope over into Burma for 10 seconds to activate the second visa, this is a 3 hour drive away.

If you are studying, working or volunteering then you will need a visa which corresponds with your activity. it is best to arrange this before arrival in the country, otherwise you may need to leave and visit a Thai Embassy outside of Thailand to get a visa.

We have just used 4 tourist visas, getting a refill in Laos 6 months ago. If you keep repeating this they will warn you e.g. they may add a red warning in your passport if you use the Vientiane Thai Embassy two or three times on the run. This helped us make the easy decision to do some backpacking for a few months, with the bonus of missing the smokey season.

We have an apartment with a lovely view of the mountain in Chiang Mai and it is so cheap that we will just keep paying the rent whilst away. Chiang Mai has direct flights to a few other countries and domestic fares can be very cheap. We will go to the UK for a month next summer and then maybe go to live in Japan for a while. If the work permit doesn’t work out in Japan I think Ubud in Bali should be a good place, then somewhere closer to home like the Canary Islands. It is great not having to plan too far ahead and I genuinely don’t miss living in a big house or the added luxuries of the UK.