Get to know people who really make a difference! Project Impacts is a series of articles explaining the background and settings for some of the many projects we partner with around the world. In this series, you will learn about the goals of the projects and what impact they have had on their local community, and how you can fit into this picture. Today’s writer is Philippa who describes how she got involved with an NGO and helped bring them to where they are today. Philippa is Secretary of the Trust at Phunzira, a charity that has set up and supports a community education centre in rural northern Malawi, and that supports two government health clinics. She has worked for the charity since 2013. 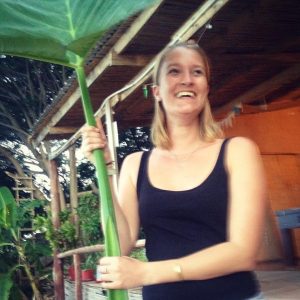 My first steps out of the comfort of my family home were taken 14 years ago in May 2003, when I joined 20 other volunteers heading out to Kenya for just over 4 months on a GAP year project. I chose a teaching program and was subsequently placed as a teacher in a secondary school in the village of Matunda, on the Western Rift Valley. As a naive 18-year-old, I had lapped up the endless adverts from large charitable organisations portraying continents of lower-income countries filled with citizens unable to pull themselves out of poverty, poor education and ill-health without the guiding and instructional hand of the wealthier nations. I was looking forward to ‘Making a Difference’.

It soon became clear to me, however, that I wasn’t needed. The school was in part funded by the Catholic Church and much better equipped and staffed than British newspapers and television had suggested schools in developing countries would be. In fact, I became concerned that I was causing more harm than good on this volunteer placement, jeopardising these students’ one-and-only chance at a secondary school education, which their family were paying for.

If I’m honest with myself, this was the first time I really thought about the realities of volunteering – not for us as volunteers but for the receiving community. My fellow volunteers at the neighbouring school came to the same realisation as their teaching responsibilities were stripped back from core subjects to extra-curricular sessions and more ‘ancillary’ subject like sport. The qualified teachers were, rightfully, concerned about the gap year students’ abilities to properly teach mainstream subjects, particularly as past volunteers had struggled. 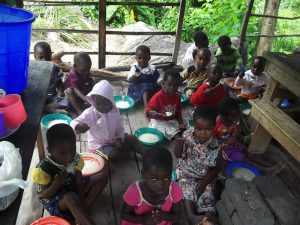 So instead, to make good use of my time, I approached the government-funded primary school in the village. This school was chronically underfunded, had only two teachers for four classes, and class sizes of close to 100 children enrolled with many children sharing single desks – and this although only 40-60 of the enrolled pupils would turn up to class each day. Pupil numbers were so high for a village school as primary education had just been made free and many people were attending school for the first time in their teens and twenties to make use of this new opportunity. At this school, I could supervise classes where work was assigned by qualified teachers, oversee break time so that the teachers could plan future lessons over a quick cup of chai and generally lend a hand to allow the teachers a bit of breathing space. And although my being there for one term did not provide a long-term, sustainable solution to the issues the school faced, it was a better use of my time for the benefit of the community than my being at the secondary school.

Having said that, although I began to recognise that the project I was volunteering with could have done more to better assess the community’s real needs, there were many things they did well. Firstly, they provided sound guidance and support for young volunteers travelling alone, some of whom were away from home for the first time. Secondly, some of our registration fees went towards funding a foundation that sponsored the education of a selection of pupils who would otherwise not have been able to afford secondary education. Thirdly, the project gave us the opportunity to explore new places and experience new things. And, while I recognise that I got more out of my time than the community I was placed in, I have made lifelong friends, which is really wonderful!

Above all else, this placement whetted my appetite for community development work and sparked a dream to spend my life on the African continent. Over the next seven years, during my studies, between various jobs or on holiday, I was lucky enough to continue my travels and volunteering in various countries in Africa (Sudan, Namibia, South Africa), Asia (Sri Lanka, Vietnam), North America and Europe. I used these times and experiences to further form my personal ideals around the ethics of volunteering and development work.

My next career move is what brought me to where I am today. In 2010, I stopped jumping from desk job to desk job and went back to university to fulfil a 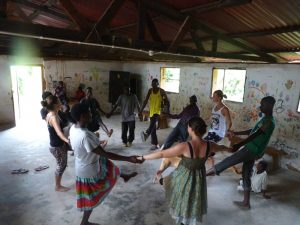 long-term dream of mine and retrain as a paediatric nurse. During my nursing training, I had the opportunity to undertake an international elective placement. Together with two course-mates and a teacher friend, we found a placement with Phunzira, which had begun operating in Ruarwe Village, northern Malawi, just over a year earlier. While on placement, I had numerous conversations with my now colleague Rosa, who had set the project up. It became clear that our ethics around volunteering and community development were very much aligned in terms of assessing a community’s needs, bringing volunteers to work alongside and ‘below’ existing local staff rather than in managerial roles, and empowering the community to be in control of their own development and supporting that rather than telling the community what they need to do and providing hand-outs. After a brilliant elective, I returned to the UK to complete my training and then revisited Malawi with Phunzira for two months to undertake a clinical audit in the health centre, before starting a permanent job in London within the NHS. During my second trip to Malawi, Rosa and I often spoke about the charity, it’s ethics, work and requirements. Soon after that, in 2013, I joined Phunzira as Health Coordinator. Later, I progressed to Trustee and then Secretary of the Trust in 2014. I now split my year between Malawi and the UK, working as an NHS nurse in the UK and overseeing the charity’s projects in Malawi. 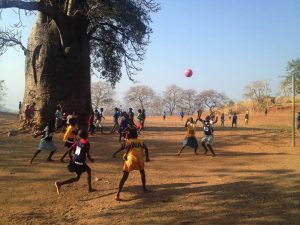 Most importantly, they have opened my eyes to an industry that offers as much to the volunteers as it does to the communities those volunteers are placed in. You should acknowledge these opportunities, but also be aware of any associated pitfalls. Challenge your volunteer organisations around sustainability and community involvement. Ask yourself: Am I, or the community I am placed in, getting more out of this? There is no wrong answer. Both approaches are valid, but you should ask the question and be honest with yourself about what you hope to gain from your volunteering experience.

And, if you’re lucky, your volunteering experience might bring you new opportunities that you had never before considered. I will be forever grateful for all the experiences that I’ve had that were kick-started by my first trip to Kenya in 2003.

Are you too dreaming of a life on the African continent and finding your true career path? Visit the Phunzira NGO Management Internship to learn more and chat with Philippa.

Posted on by Philippa Mander
END_OF_DOCUMENT_TOKEN_TO_BE_REPLACED