Off the northern coast of Honduras lies the Bay Islands, or Islas de la Bahia, as they are known locally, forming the southern part of the Mesoamerican Barrier Reef System. Originally inhabited by the Paya indigenous people, with the appearance of the Spanish conquistadores, the Bay Islands started on a journey of constant change. As more and more colonial powers began to explore and exploit the Caribbean, the Bay Islands became home to a large number of freebooters, also known as pirates, laying the ground for myths and legends still alive today. 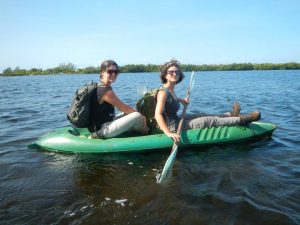 The smallest of the main three Bay Islands is Utila, famous in our modern day for being one of the most affordable diving meccas in the world. Many divers still search the deep blue for treasures hidden since the days of the buccaneers, however most come to catch a glimpse of the shark whale and enjoy the marine scenery of the more than 80 dive sites surrounding the island.

The air of legend and unchartered territory enfolding Utila lends itself particularly well to one of the newest additions to this unique environment – Utila Wildlife Research Expedition. This scientific research program is run out of a recently established research facility located just at the bottom of Pumpkin Hill, on the north side of the island. Here, important research is carried out on some of the endemic species unique to Utila, such as the spiny-tailed iguana – Ctenosaura bakeri. The expedition offers a unique opportunity to explore the still largely unchartered and unspoiled flora and fauna, spreading across this tiny Caribbean Islands. Researchers from all fields are welcome to join the expedition, however it is particularly well suited for those working in or studying the fields of entomology, zoology, ecology and environmental conservation as a great way to gain real field work experience in a region where little is still known about the endemic insect life.

The expedition takes part over the course of four weeks, the first of which is spent learning research methods, data collection and analysis as well as a general introduction to the island. The lectures will also include how to identify various different species and how to handle animals in the wild. As a reward for all the hard work, explorers will receive a certificate and if applicable, this can be used to count towards course credits. While the Island Induction is voluntary for those who already possess the relevant skills, it is not to be missed as it is the perfect introduction to life on Utila, both for humans and other species.

The following three weeks are spent out in the field on all three Bay Islands; Utila, Roatan and Guanaja. The expedition focuses on five main areas of research, 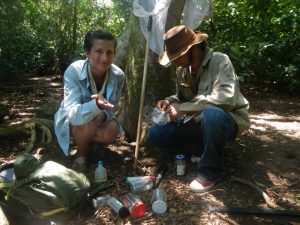 offering a broad scope of scientific study. Participants can choose to take part in all five research areas; Bats, Iguanas, Snakes, Insects and GIS Mapping, or concentrate on just one for a more in-depth scientific experience. The iguana research program focuses on the Ctenosaura bakeri, also known as the Swamper Iguana. This is a highly endangered species only found on Utila, habitually residing in the islands mangrove forests. As tourism on Utila has boomed formidably in recent years, more and more development is underway to support the growing tourist infrastructure. Unfortunately, due to lack of education and government support, very little is done to take environmental conservation into consideration, resulting in a severe decrease in mangrove areas. Adding to the problem is the old Utila habit of catching the Swamper Iguana to be sold as a delicacy, catching a far higher price than other, more sustainable sources of food, despite the fact that hunting of the species has been banned since 1994.

The research carried out on the Wildlife Expedition is vital in disseminating important knowledge about this near extinct species, as well as other insects, reptiles and animals inhabiting this beautiful island, dangerously in risk of succumbing to overdevelopment.

Despite being a diminutive island with a population averaging around 2,500, life on Utila offers many distractions for weary explorers in their time off. One obvious choice is the aforementioned diving, however care should be taken to only dive with a responsible diving outfit so as not to aggravate the environmental problems facing the future of Utila. Other pastimes include soaking up the uniquely Caribbean atmosphere on this culturally very diverse island, perhaps with a drink in the Bucket of Blood Bar, dreaming of explorers past and present.

Global Nomadic offers 50+ Professional Internships, Volunteer Projects and TEFL Programmes in 30 countries worldwide. Why don’t you join us?
Posted on by Jeremy Freedman