I did three things the day that I walked out of my corporate job in New York City for the last time.

If I did anything else that day I don’t remember it.

Somewhere between becoming the ambitious New Yorker carving out a career path and accepting the notion that our goals can change, I must have blacked out. 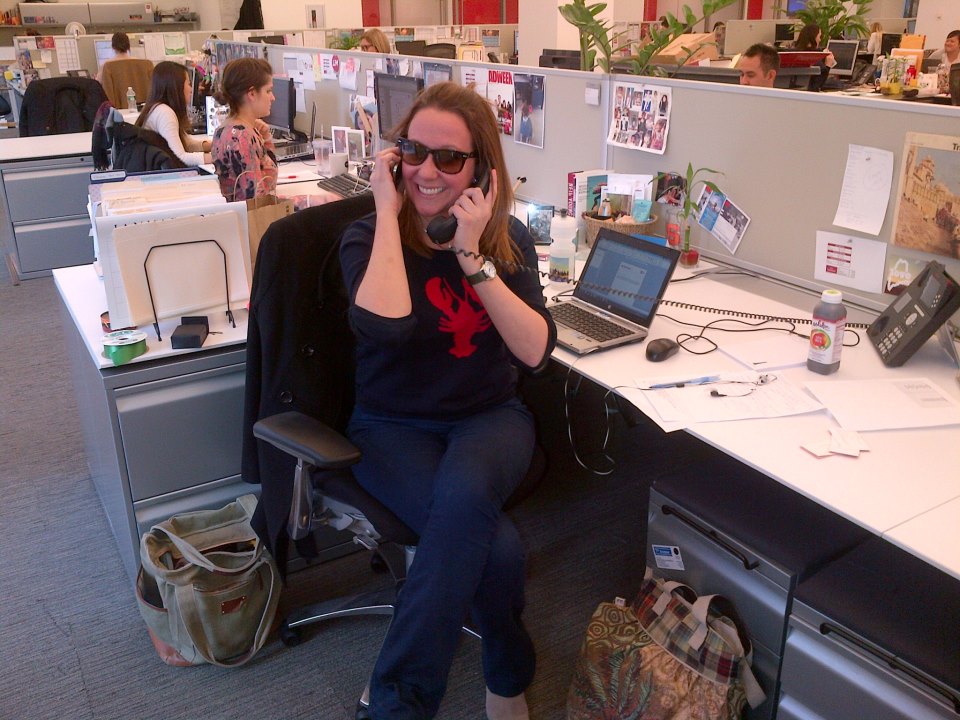 (At this point in my life, I guess carrying on two important telephone calls at one time while wearing a lobster sweater was a goal.)

The decision to make some pretty significant changes in my life did not come lightly. I labored over it. I second-guessed myself and convinced myself for a very long time that not wanting to be on my current career path meant that I was lazy. Looking back, making the first small decision to change things was one of the most ambitious things I’d ever done.

I’ve always loved to travel. The curiosity that developed through family trips to Europe and the Middle East led me to spend a month in Ecuador as a high school student. Later, I chose to study abroad in college. But despite my love of the globe and an intense interest in how other cultures experience it, I never veered from the belief that a job had to be spent in the corporate world doing something that other people understood and approved of.

I was thrilled about my first job at a global advertising agency. A job that I landed after being one of a handful of students selected to interview on campus. When told that I should get in touch if I was ever in New York City, I made up a reason to be there, drove the 6 hours overnight and was offered the job by the end of the week.

I loved the life that went along with that job. The dramatics of checking my bank account to be sure I could afford my monthly subway pass, the sound of my heels walking through Central Park instead of riding that subway, and the sound of the deadbolt on the front door to my tiny, shared apartment when I reached a home that felt like one I’d earned. They were all things that meant I’d done what I was supposed to do.

It wasn’t until a solo trip to Vietnam that I started to wonder if my life was one that still matched the things I found most important. 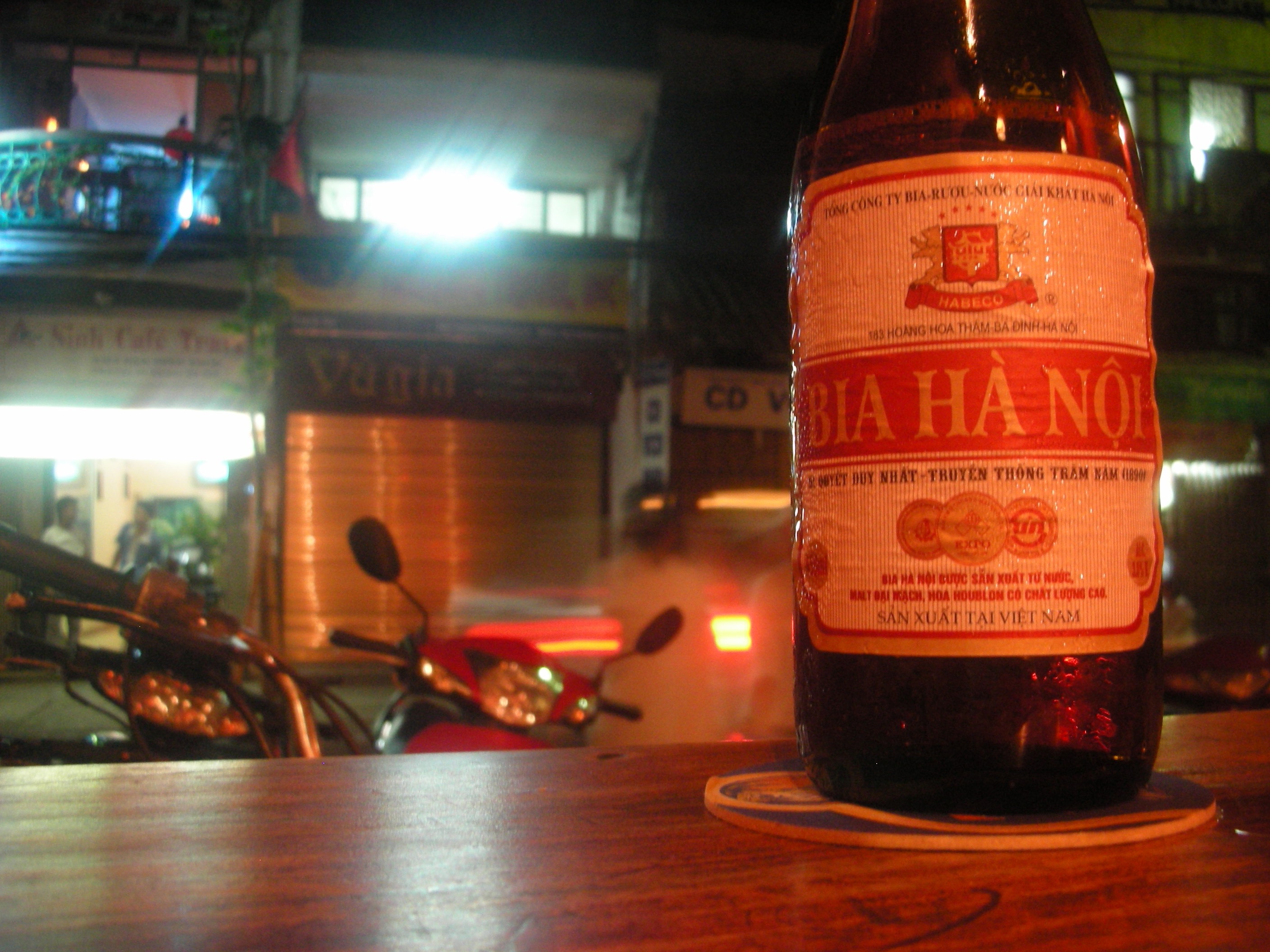 (Local Vietnamese beer was somewhere on the list of things I found important.)

I spent two weeks traveling from Hanoi in the North to Ho Chi Minh in the South and along the way met person after person who seemed to share a version of my story. They had made a plan for themselves, followed it and then had the courage to recognize when that plan no longer resonated. I wasn’t quite there yet, but I could indentify with the excitement that came from the way they explained the lives they loved.

They were bankers turned ESL teachers living in large cities or smaller, more rural towns. They were bar owners who went on vacation and never left, digital nomads who realized they could write code from Danang as easily as they could from Denver and recent college grads with degrees in business, who felt more connected to the world of sustainable development.

They were people who started with a passion or on a path, but recognized when it was time to change their plan.

After that first solo trip, I wanted to pack up, buy a one-way ticket and start a new life in Vietnam. But I had debt, an apartment, and a very realistic understanding of my Vietnamese language skills. Mainly, though, I was scared and still convinced that I had to meet the expectations of the people around me.

My job was not perfect. It was long hours and politics, but I enjoyed the challenging parts of it. I continued to excel and felt that I was doing the right thing by staying.

I could feel, though, that the passion that had been there at the start was now replaced by a tiny question mark that lingered in my heart all-day, every day. I was promoted, given raises, bonuses and high fives over the phone from my parents. But these things paled in comparison to the joy I felt when laughing hysterically with local women in a Hoi An market while I bought their bananas.

At the time, though, I didn’t know how to change. Or even what I wanted to change into.

So, I undertook self-discovery with the same focus I’d had during my college job search.

I planned more trips. I read more books. I took the time to talk to people with different jobs than mine. I searched out conversations with brave people who made scary choices that turned out okay. If I read something written by someone I admired, I reached out to them and asked them questions. I spent less time lamenting that I was living a life that didn’t feel like my own and more time imagining the one that did. I wrote. I ran. I planned even more trips.

Eventually, I learned that the area I was most drawn to had a name: Development. I was interested in the developing world and the measures taken by global communities to ensure a sustainable future that could exist without outside aid. I became curious about the work being done by organizations throughout the world to help provide access to education and maternal healthcare.

This realization and my commitment to this passion ultimately led me to be selected to travel to Kenya with a Canadian organization devoted to education, healthcare access and various local, sustainable programs. 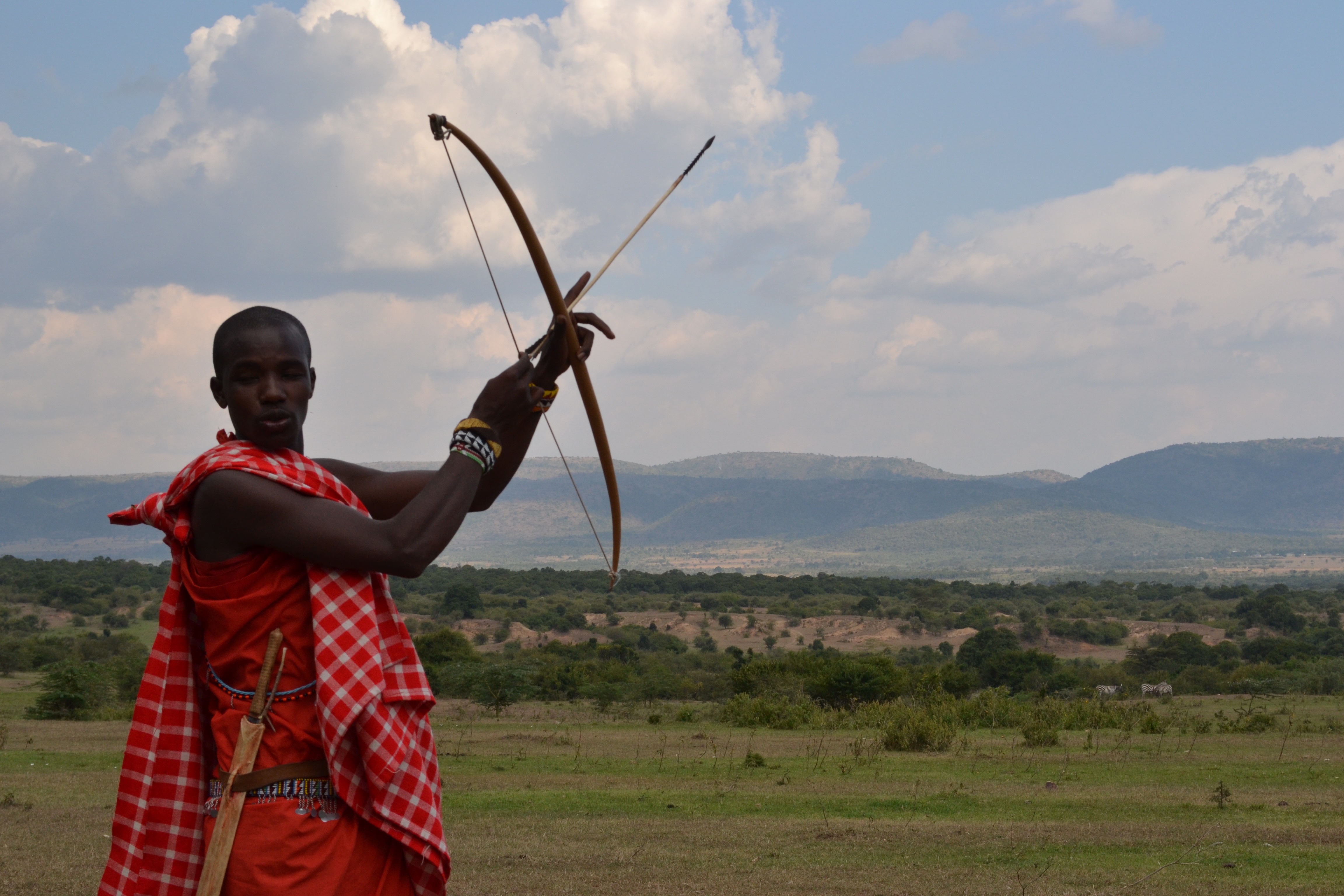 (This Maasai warrior taught me how to shoot an arrow. I begged him to take me on as an intern. He, apparently, didn’t need one.)

Four years after my soul-opening trip to Vietnam, I was finally getting closer to veering off my planned path and onto a road that led more directly to where I saw myself.

(On safari with lions is not necessarily where I saw myself in the future, but this is the same face I make every time I realize how scary some changes can be.)

When I returned from that trip to Kenya, I was more committed than ever to making changes. But, it was still another three years until I bought that box for $2.78 on the day I walked out of my corporate job.

In many ways, I think this is the most important part of my story.

Scary, brave changes don’t happen in a week or even a year.

They begin as tiny question marks and turn slowly into the exclamation points that we imagine. Sometimes it takes years.

After buying that $2.78 box I did sell most of my things. I did pack up the rest and store it. I got rid of my apartment, I bought a plane ticket to Cambodia and I spent four months in Southeast Asia. Not everybody was as excited as I was. My family worried about my career and what would happen after this career-break. Every few days I received texts from friends asking me if I ever planned on coming back.

Many mornings I woke up under a mosquito net convinced that everyone was right. Colleagues were getting new jobs, promotions and being quoted in major newspapers. Meanwhile, I was spending my days riding a bike with no brakes, carrying a gallon-sized plastic tub of butter back to the local owners of my new home, a small guesthouse.

Friends with LinkedIn profiles had fancy new headshots while mine sat on the Internet like an awkward ellipses.

It took a few weeks to say that last sentence to myself with the pride and the exclamation point that it deserves. And it took even longer to find the confidence to keep going even when other people thought it was strange. The more I come to terms with the idea that life is not a static, explainable story, the more comfortable I am with where I’m headed.

And I can admit that I have no idea where that is.

Over the last year and a half, I have danced under starry skies in Cambodia, turned my skin pink with Holi color in India, motorbiked through Thailand, jumped headfirst over waterfalls in Laos, hiked and camped on an Indonesian volcano, jumped from a 6 meter cliff in Guatemala and learned the art of the homemade Mexican tortilla. I am thankful to have also landed freelance jobs in California and Colorado, which has made the adventures a bit more possible.

I don’t know what’s next. Maybe back to the world of working full-time or maybe teaching English in Vietnam. Whatever I choose, I know it will be just that – a choice. These adventurous months have committed me to a life that is lived with complete choice and purpose.

Taking a step back has reminded me that choice and purpose are the goal. What comes as a result of that goal is all we need. 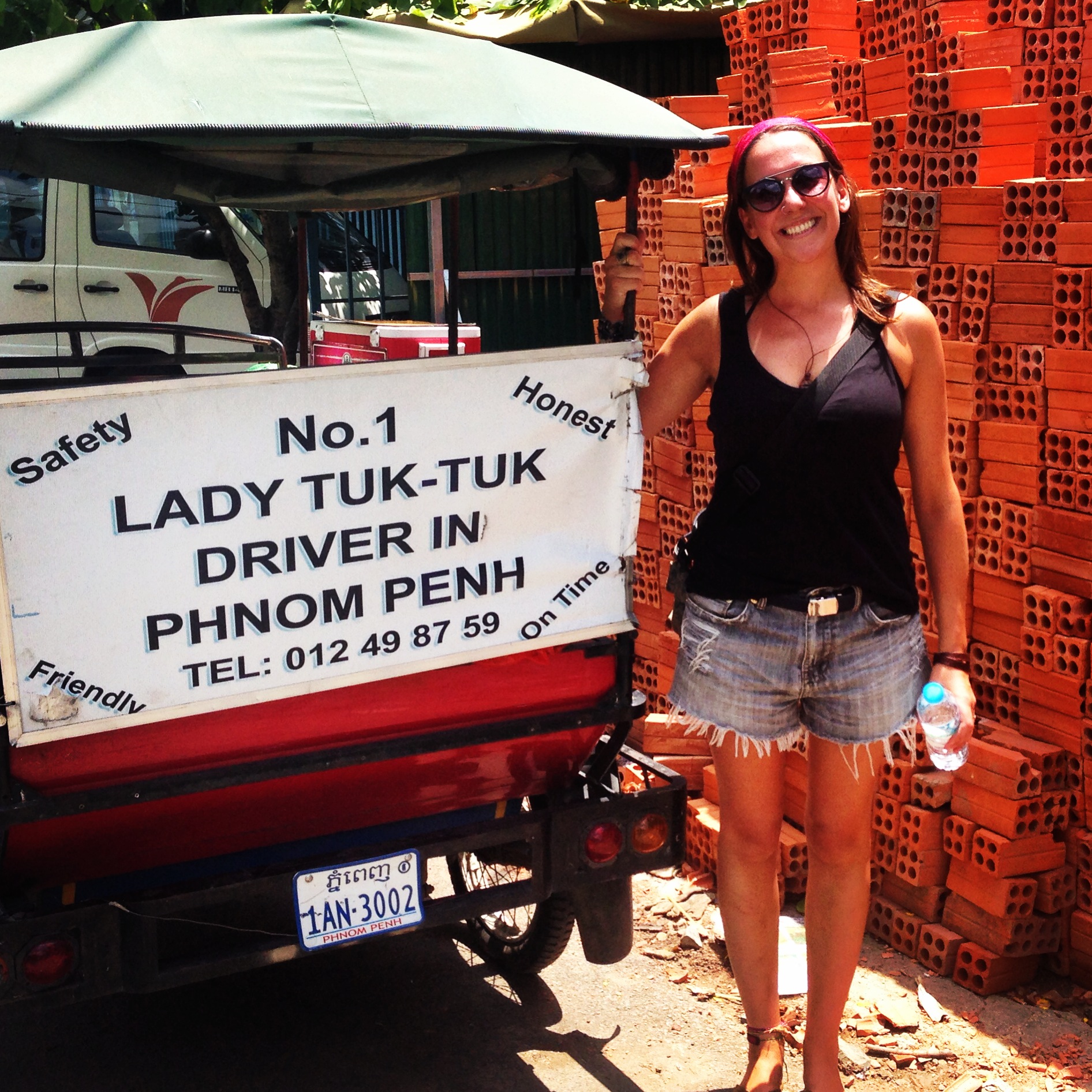 (I still believe that becoming a lady tuk-tuk driver is a viable choice.)

Posted on by Michelle Starin