With environmental degradation, a dismaying American election, ISIS, mass shootings, police violence, Boko Haram, and a war in Syria blasting out over an estimated 8.6 billion devices all over the planet, it can be hard to avoid the feeling that things are just falling apart.

But is the world actually in the state of decline it’s perceived to be or are we really living in an era of unparalleled human prosperity? How does the next generation of Americans view the world? Could the unbridled optimism of our millennial generation overcome the omnipresent negative news blasts and approach the world with a perspective that’s more in line with reality?

The Role of the Media

The truth is, the world hasn’t gotten worse, the news media has just gotten better at figuring out how to turn our psychological biases into billions of dollars of advertising revenue (to the tune of about $19 billion in local television news and $60 billion from all global digital advertising revenue in 2015).

They know that as humans, we are wired to pay ten times more attention to negative ideas than positive ones, a function of our primitive limbic system, which once served as an important survival mechanism that kept us aware of potential dangers in our environment (climatic phenomena, dangerous predators, group conflicts, and violence, etc), but today mainly produces emotion and distort our worldview on a biological level.

This means that when we see a threat on the news seven time zones away, our brain reacts as if that threat could have a direct impact on us. Think about it: in the past, we would never see life-like images of something that wasn’t occurring immediately around us, so a brain that evolved to keep us alive on the African savannas million of years ago understandably gets confused by alarmist media narratives that trigger the amygdala and essentially shut down rational appraisal mechanisms. 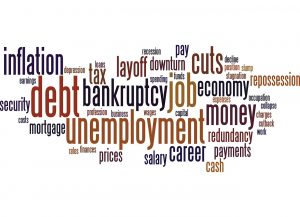 The result can be summed up by emotional intelligence expert Daniel Goleman: “What scares us fascinates us.” Of course, the media isn’t lying to us, but it’s certainly not providing a very balanced or long-term view. What we view about the world online or on TV is subject to an incredibly short news cycle, narrow margins, and intense competition for viewership. And as Steven Pinker and Alex Mack quip, “News is about things that happen, not things that don’t happen. We never see a reporter saying to the camera, ‘Here we are, live from a country where a war has not broken out,’ (so) as long as violence has not vanished from the world, there will always be enough incidents to fill the evening news.”

Two-thirds of Americans believe the number of people living in poverty has doubled over the last 20 years, but actually, one billion people have been lifted out of poverty during the past two decades. Long-term social science studies contradict almost every narrative in global headlines, which love to paint a picture of chaos in the Middle East, democracy under siege, ubiquitous human rights violations, and a decline in overall health and well-being.

But this declinist worldview could not be more out of touch with fact.

In reality, we have never lived in a better era of human existence. Until just a few centuries ago, most of the human species was trapped in subsistence-level poverty and subject to unpredictable cycles of famine, disease, and population growth and decline. Today, as Tom Chivers says, you are one of the healthiest, wealthiest, and longest-lived people to ever exist.

So what does large-scale, longitudinal data tell us about the current state of the world? Are we living in a period of unbridled prosperity, or are we actually living in the increasingly gloomy, threatening, and violent world portrayed by news media?

Absolute poverty, defined as living on less than $1.25/day, has declined from 53% of the global population to under 17% (Source: Our World in Data, Max Roser).

The worldwide Global Hunger Index has dropped by 39% since 1990, which measures how many people are undernourished, how many children are underweight, and levels of child mortality (Source: World Food Program).

For the vast majority of the existence of our species, you could have only expected to live to 30. According to the World Health Organization, as late as the 1900s, it was still just 31, whereas today the average human life expectancy is 71.5 — globally — and has gone up 9 years in the developing world since 1990.

We tend to forget how violent our world used to be, even just a couple hundred years ago. Academic Steven Pinker estimates that about 15% of people died violently throughout human history, with 500 out of every 100,000 being killed by other humans every year in prehistoric times. Today, he estimates, that figure is about 7, and even lower in Western Europe and North America.

The number of democracies in developing nations has risen 300% since the 1980s, including most of Latin America, populous India, Indonesia, and Malaysia, 14 countries in sub-Saharan Africa, and even autocratic Russia and China are more liberal than their Stalin and Mao regimes. Not to mention the number of people killed in armed conflicts globally has gone down by 75%.

In the United States, despite the rise in mass shootings and acts of terrorism, the number of violent crime victims per 1,000 individuals has dropped from over 50 in the 1990s to less than 15 (Source: Bureau of Justice Statistics).

And if that’s not reassuring enough, keep in mind John Mueller’s evidence that in most years, bee stings, dear collisions, and ignition of nightwear (!!) kill more Americans than terrorist attacks.

Global literacy rates have increased from 10% to nearly 100% in the last 500 years. And in the last 200 years, the average years of education received by people in the United States has risen from less than 2 in 1820 to more than 20 today (Source: Our World in Data).

Because our media purports a startling perspective of the world, many people fall into an already prominent human bias trap call declinism. Declinism is a term for the psychological disposition that makes us view the past more favorably and the future more dismally. When the media, a supposed authority figure in society, confirms our preexisting bias, it reinforces our natural inclination towards having a fatalistic worldview.

The good news is, it seems like millennials are not as susceptible to the effects of this media psychology cocktail as their parents or grandparents, perhaps because these young adults born in the 80’s and 90’s are the most educated, most widely traveled, and most optimistic generation  we have ever known.

Millennials, presently age 18 to 29, consistently report the most positive attitudes towards the economy, immigration, political climate, environment, and future personal and financial stability, and are also less likely to be married or have gone to war than their parents or grandparents were at the same age. Only 27% of American millennials view Iran as a “very serious threat” to national security, versus 60% of older Americans. 55% have a favorable view of China, compared to 27% of those over the age of 30, and a 2014 Gallup Poll revealed that 56% of older Americans think immigration should remain at present levels or increase, compared to 68% of millennials. They also overwhelmingly believe immigration is making their country a better place. 11% are the children of immigrants, which could help explain their consistently more positive views towards immigration and a more well-reasoned outlook on foreign affairs.

A recent Gallup poll reported that 80% of millennials say their standard of living is improving and feel positive about the future. A recent study by the Kauffman Foundation shows that 54 percent of them either want to start their own company or already have. American millennials are also responsible for nearly 160,000 start-ups a month, according to a study by the U.S. Chamber of Commerce.

Essentially, we are told the world is one way, but our beliefs about the truth of that media-painted picture are subject to a large generation gap. According to the facts, millennials are actually onto something. Our world is in pretty great shape — not in absolute terms (ie. we haven’t completely eradicated hunger or violent crime) — but the rates at which we’re eradicating poverty, improving access to education, and decreasing violence are unparalleled in human history. 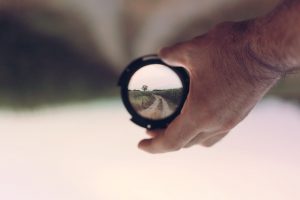 There’s still some good news/bad news out of all of this. The bad news is: It turns out that appraising the condition of the world is actually an exercise in controlling the biological, emotional, and cognitive biases of our ancient brains, which proves difficult to do when the most obvious methods for learning about the outside world point toward economic collapse, political upheaval, and environmental combustion (all while generating enough advertising revenue to solve many of those same problems).

The good news is: Millennials seem up to the challenge and have by and large succeeded in tempering the short-lived declinist news cycle with a more well-reasoned outlook on the world. Although these attitudes are more likely due to cultural upbringing than an examination of long-term, longitudinal social science studies, which we’ve done here, this generation’s perspective is both in line with reality and a very welcome counterbalance to the ways of thinking of older generations.

Whether you are a fearless millennial or just want to explore this world full of goodness – Global Nomadic offers 50+ Professional Internships, Volunteer Projects and TEFL Programmes in 30 countries worldwide. Challenge the negativity – do something worthwhile!

A former NYC management consultant turned legal nomad, Elaina Giolando writes about the intersection of career, life, and travel for today’s 20-somethings. She currently works as an international media representative, traveling to a new country every 3 months to live and work. In her spare time, she focuses on providing her peers inspiration to proactively create rewarding and unconventional lifestyles. Follow Elaina on her blog Life Before 30 or @_LifeBefore30.

Posted on by Elaina Giolando