Trump announced his intention to withdraw the U.S. from the Paris agreement on Thursday the 1st of June. With a usual populist sentiment clouding his speech, he based his arguments on the typical ‘jobs versus the environment’ narrative.

The Guardian reports: “22 Republican senators whose campaigns have collected more than $10m in oil, gas and coal money since 2012 sent a letter to the president urging him to withdraw from the Paris deal”. The United States are shaping national and international policies based on lobbying and corporate interests. This is old news. And when the second biggest emitter of greenhouse gases in the world decides to go rogue on their commitment towards a cleaner future, there is understandable cause for concern. But could the US federal government withdrawing from the Paris agreement be a good thing? 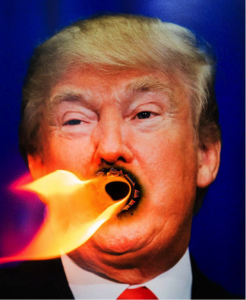 Firstly, the Paris agreement has often been criticised as inadequate. James Hansen, one of the world’s most respected climatologists called the agreement “a fraud really, a fake,” because “there is no action, just promises.” The goals set in the agreement are not legally binding and thus depend on the willingness of each country to go green. This is why Nicaragua, a country listed as the 4th country most likely to be severely affected by climate change, did not sign the agreement. Not because it does not believe in human-driven climate change, but because it is more of a political ploy.

As an opinion piece on the online publication The Hill argues: “The Paris agreement affords oil, gas and coal companies a globally visible platform through which to peddle influence and appear engaged on climate change while lobbying for business as usual.” The current US Secretary of State and close adviser to Trump, Rex Tillerson, is the ex-CEO of Exxon Mobil, the largest oil company in the world. With the US out of the agreement, such people will have less power and influence over the deployment and progress of the goals set out by the international community.

World leaders reacted in shock and disappointment at the news of Trump’s decision. Justin Trudeau, the Prime Minister of Canada expressed his ‘deep disappointment’ towards the United States government. Interestingly, Justin Trudeau received a standing ovation at an energy conference in Texas in March after announcing that: ‘No country would find 173 billion barrels of oil in the ground and just leave them’. Brazil expressed ‘profound concern and disappointment’ at the decision. At the same time, Brazil’s government, under pressure from multinational corporations, is once again deregulating the once-tamed deforestation of the Amazon rainforest. Australian Prime Minister Malcolm Turnbull characterised Trump’s decision as “disappointing but not at all surprising”. The Guardian reports: “Along with half the other G20 nations, Australia’s 2030 emissions reduction targets committed to at Paris – making up Australia’s intended nationally determined contribution – were given the worst possible rating of “inadequate”.

World leader reactions to Trump’s announcement were not only stained with hypocrisy. Some were filled with optimism with promise. China, India and Japan have pledged their unwavering support for the protection of the environment and as CNN reports: ‘German Chancellor Angela Merkel, French President Emanuel Macron and Italian Prime Minister Paolo Gentiloni put out a joint statement in which they pledged to implement the Paris climate agreement notwithstanding the withdrawal of the US’.

It becomes obvious then that the Paris agreement offers plenty of opportunity for its signees to use it as a political ploy while implementing a ‘business-as-usual’ economic and environmental strategy. But the importance of the agreement is historically unparalleled. Nearly every country in the world came together, recognizing the impact of human activity on the planet and tried to address the global challenges that lie ahead. The Paris agreement may be flawed, but it signifies the beginning of a new era. What feminist writer Donna Haraway terms as the ‘Cthulucene’, when and where the intersectionality of planetary processes and relationships is recognized. And we make kin with the earth and with each-other in an attempt to ‘stay with the trouble’, as Haraway explains, but also to fight for our common future. 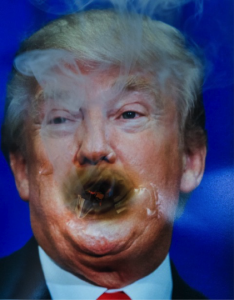 Resisting the era of Trumpism is not just about reliance to political figures. It’s also about individual potential and grassroots activism – ‘A global civilisation which is increasingly aware of its importance as a formative force’-. From the fields of North Dakota to the gold mines of Greece, people engage in what Canadian author Naomi Klein coins as ‘Blockadia’ – citizen resistance to the ever-expanding forces of the Capitalocene-.

So whether it is about eating less meat, living minimally or organising on a political and social level, we need to find creative ways to curtail the process of creative destruction that is capitalism. We don’t need to talk about Trump – everyone is talking about him anyway-. We need to talk about the socio-political context that gave rise to a populist aggressor like Trump and created the necessity for an international agreement to bail ourselves out of apocalyptic-level environmental destruction.

Trump – and the vested corporate interests guiding his decisions – relies on our complacency. Get off the couch. Let’s rethink the future. Let’s do it together.

Posted on by Chris Vrettos