A world without plastic is almost unimaginable. It’s everywhere, surrounding us at every waking moment, literally spinning the world around, in all its versatility. But where does it all go when we no longer find a use for it? How do we stop ourselves from drowning in a sea of garbage? One innovative UK company might hold all the answers.

They might seem like small, everyday-life moments, trivial in their ordinariness. But the truth is, each time you go shopping, eat a pot of yoghurt or buy a bottle of water for your next hike, you are inexplicably a part of one of the trickiest environmental problems of our age; the generation and consumption of plastic waste.

In the UK alone, more than 5 million tonnes of plastic are consumed each year, of which an estimated mere 24% makes it into recycling systems. That leaves a remaining 3.8 million tonnes of waste, destined for landfills. But unlike other, organic waste material, plastic waste does not readily decompose or break down. Even so-called biodegradable plastic needs specific conditions, such as pro-longed sunlight exposure in order to break down, something landfills are not abundant with. So each year, all those millions of tonnes of plastic waste will just continue to accumulate, contributing nothing but causing untold harm to the environment. That’s not even mentioning all the waste that doesn’t make it into landfill, but instead finds its way into our waterways, oceans and woods. Just take a look around you the next time you take a train journey or go for a walk and see just how much plastic waste you will spot lying around, being a hazard to humans and wildlife alike. Plastic bags get mistaken for food by marine life, trap birds and even the plastic that does break up finds its way into the food chain as fish consumes it. Chemicals used to manufacture the materials are released into eco-systems and eventually gets consumed by humans. Reports have found trace levels of chemicals derived from plastics in 95% of adult Americans.

At the end of 2015, the warmest year on record, the world’s great leaders and thinkers gathered in Paris for the 21st climate conference. Their goals were to try to come up with a solution to our warming planet and curbing climate change in order to safeguard our future. But what about the problems that are already here?

Fully synthetic plastic as a material has been around for almost a century, though mass production did not start until after World War II. But considering that even just a small thing such as a plastic bottle takes an average of 450 years to decompose, that is an awful lot of plastic we have lying around that won’t disappear even by the time our great-grandchildren have passed away. So what then is the answer to this unequal equation? Well, if we can’t get rid of the plastic already in existence then the simple answer is; recycling.

In a corner of Wales, one company is on a path to change the way we deal with plastic waste, on a grand scale. Using a closed-loop recycling system developed through years of research and millions of privately invested funds, Plastecowood have found a way to turn low-grade, domestically generated plastic waste into long-life plastic lumber, a product called Smartawood™. As intimated by the name, Smartawood™ in many ways functions and even physically looks like traditional timber, except it’s smarter. It will not rot, splinter or leak chemicals into the environment into which it is placed. It can be shaped into pretty much anything and popular applications include park benches, picnic tables, bollards, fencing, decking, planters and much more. The possibilities are seemingly endless. And the drawbacks? There doesn’t seem to be any.

Benches made from plastic lumber.

Plastic lumber in itself is not a new invention and is available on the market from a number of companies around the world. But what sets Plastecowood apart is the material used in creating Smartawood™. The company works together with licensed recycling facilities, which supplies them with low-grade plastic waste, consisting of items such as plastic bags, crisps packets and yoghurt pots. Traditionally classified as ‘dirty’ plastic, no other use has so far been found for this kind of waste, leading it to be shipped half-way across the world to end up in landfill sites in countries such as China. 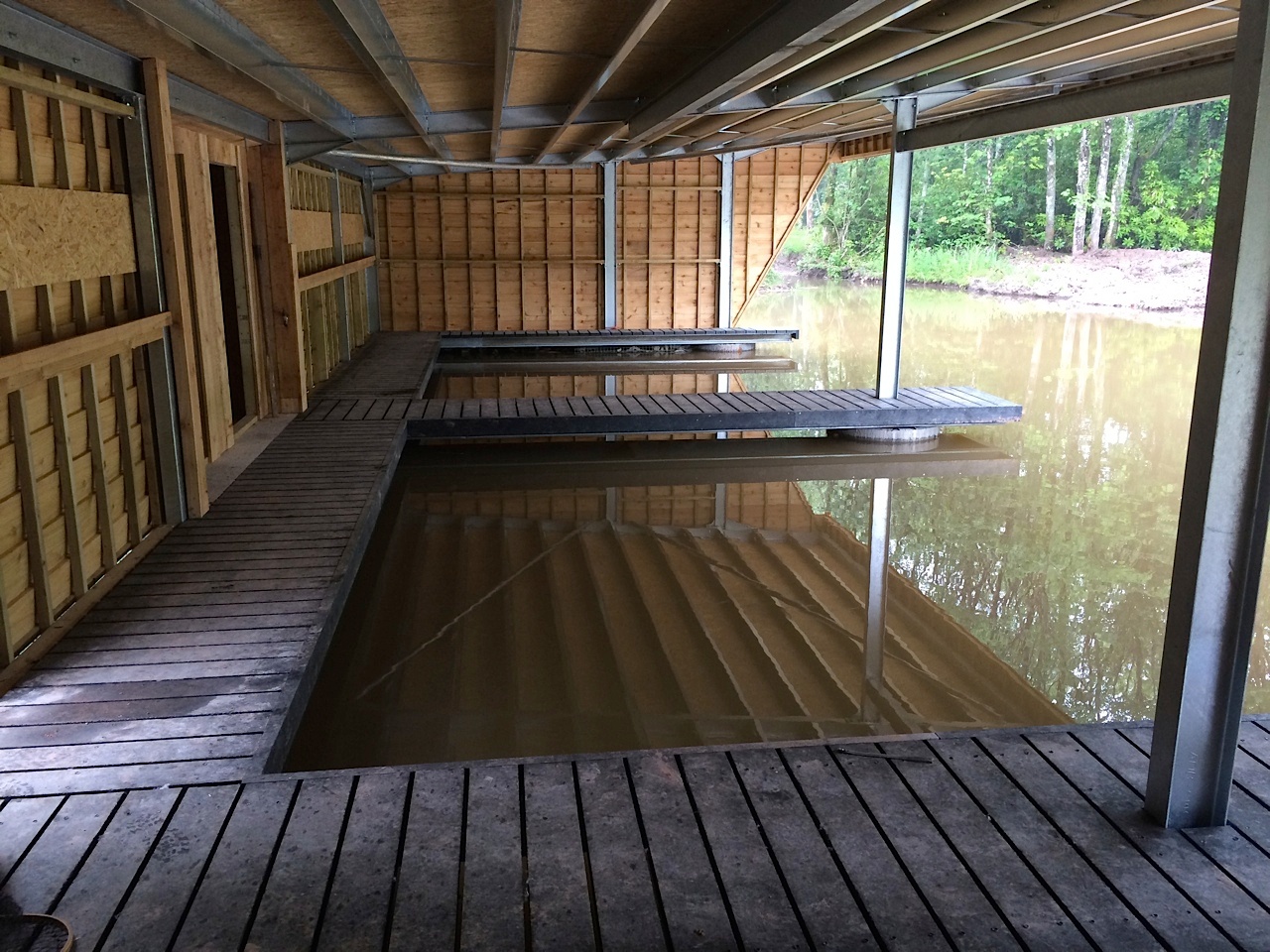 Unlike regular timber, these pontoons will not rot with prolonged exposure to water.

Plastecowood operates a zero waste system, meaning that for every tonne of plastic waste delivered to it’s factory, one tonne of plastic lumber is produced and can be sold back to the very consumers who generated the material in the first place. It also means a reduced carbon footprint for all actors involved. And of course, it saves cutting down trees. But even though this already makes Smartawood™ seem like a product too good to be true, the benefits don’t end with sustainability and environmental health. Since the start of operations, many jobs have been created in the local community previously hit hard by job losses and with a fast-growing demand, many more are on the horizon.

In fact, waste material has seen a turn-around in economic attitude and has gone from being merely ‘rubbish’ to becoming considered as a resource. Waste export now plays a major role in the British economy, with trade being conducted with over one hundred countries across the globe. But instead of shipping our waste overseas, companies like Plastecowood are showing us the potential for domestic use of this abundantly available resource.

The enterprise was founded with a clear wish to make use of a resource readily available but deemed as problematic, and turn it into something useful. Such innovative ideas seem like the tip of a much-needed iceberg of ideas needed for a sustainable, and greener future. Plastic waste might be here to stay, but that doesn’t mean we need to continue allowing it to pollute our oceans and jeopardize our health. It just means we need to look at the world a little differently.