“I have just returned back from my five weeks placement in Tanzania and now it is just the great memories that are left. It had a really special time, which I will not forget for the rest of my life. I have been working at the Women’s Legal Aid and Human Rights Organization (AWLAHURIO) in the city of Arusha. Arusha is a big city in Northern Tanzania. I do not really like the city itself, but there are nice places for food, drinks and dance. In addition, the climate is good and there are nice places to explore around, where I had time for in the weekends. 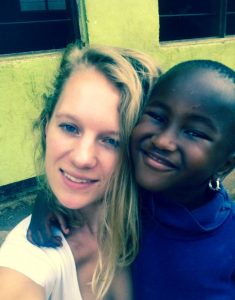 During my time at the office, I learned a lot about the Tanzanian and African law system. I worked together with a lovely lady, Ms Martha, who fights hard for the organization, which main objective is to empower women in the region and to protect their human and legal rights. The organization not just operates in the city but also in remote villages around, because there is much need to empower women, because a lot of women are not aware about their rights in most cases. For example, they might think it is normal to be beaten by their husband or they do now know where to go or they do not have the money to do something in case of violence. AWLAHURIO really tries to change the perception by the community about women’s (legal) rights and offers free legal aid to those in need. As an intern sometimes you will be offered the possibility to join the organization when they organize workshops for the women in the villages.

The problem when I was there actually was that there was no money for such services. AWLAHURIO does not get any money from the government and is fully dependent on their members and funds. My work at the office mainly consists about writing proposals in order to get a fund from other human rights organization. They are still in process, so I hope they will succeed. In addition, two afternoons a week clients can come to the office for free legal aid. Mostly they speak Swahili, but Ms Martha explained everything to me. What was really interesting as well was that I got the opportunity to attend an English procedure at the court, which was about a Dutch woman being violated by her Tanzanian husband. I learned a lot about the Tanzanian law system and it did me realize there is so much corruption going on there what makes it hard for such countries to develop.

A good thing is that since a few years there is a new president who started an anti-corruption policy. 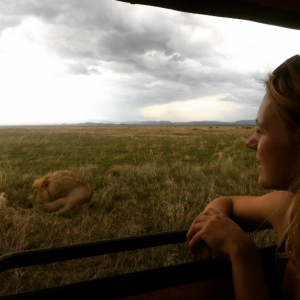 Another highlight was that one of the other (Tanzanian) volunteers organized an event on World Aid’s day with another organization he worked for. The event was held in a village where a lot of different tribes go to the market; by this, the organization got the possibility to make a lot of people aware about the risks related to HIV/AIDS by doing music, dance and performance. My placement at the human rights organization was the main objective of my trip, but I also took a little time to explore around. Sometimes I went with other volunteers from the accommodation to the orphanage, where they worked, which was a really nice experience. Also, I did an amazing safari trip before going back home, which was a wonderful end of my trip.”