After several weeks since my return, and once my body has begun to purify the alcohol ingested this first month of summer, I think I already have the necessary pause to write the review Global Nomadic requested me at some point. In this case, like I have already obtained my certificate, I will try not only to make reference to my particular experience and the organization that gave me the opportunity to realize the practices, but also to carry out a broader reading, away from any individualist sieve. 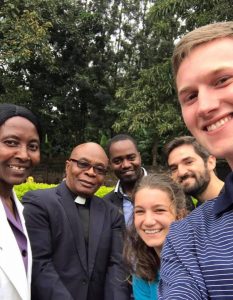 On the first point: my particular experience. Thanks to Global Nomadic, I was able to carry out a volunteer project in Arusha Women Legal Aid and Human Rights Organization, a small NGO whose objective is the provision of legal aid for the defense of those groups that are in a situation of vulnerability, especially women and children. My period there was very useful. The predisposition of Martha, John and Harrison to make me feel like one more of the squad was incredible from the start. In the office I was able to understand some of the problems that day-to-day women have to deal with in Tanzania. Unfortunately they face a situation of absolute helplessness compared to men.

It is true that my limitations with Swahili meant that I could not exploit the experience as much as I would have liked, because the most of the people who use to go to the office asking for help are usually poor and, therefore, have no access to English learning. However, AWLAHURIO workers always tried to teach, putting me in touch with the issues raised and their possible solutions. Also, in the house where I resided during my internship, where the personal treatment was generally excellent, I received some Swahili lessons. The communication with Charles Adiel, responsible of Tanzanite Appartments, and the rest of the staff facilitated a lot the coexistence in the same, and although it is certain that we also had some discussions these were never really serious and we always found a solution able to satisfy all the parties .

In conclusion, I think the experience I lived is absolutely commendable and everyone should have the opportunity to enjoy it. Beyond the knowledge acquired in my field, which was not too much, the possibility of working and trying to help in an environment totally alien to my culture is something that, personally, marked me and has made sprouting some branches of the tree I want my life to be.

In regard to my overall opinion about the situation and possibilities of Tanzania, the first thing that caught my attention when I arrived to the country, and after 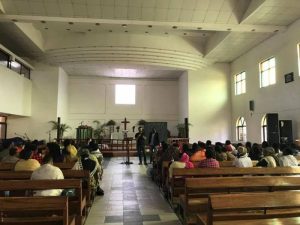 talking for a while with some people, was the possibility of corroborating “in situ” an idea that I had already noticed, and for which I was already prepared, coming from a State like the Spanish one. I speak about the trivialization of information. The Western countries understand Africa from a homogenous point of view, without taking into account the different spheres of its diversity or the fragmentation of its realities, which do not always converge between the different States that compose it. Africa is given a generic and compact treatment, like if we were not facing a continent composed of 54 States and more than 30 million square kilometers. And while it is true that globalization has contributed to the homogenization of the cultural landscape, it is also true that few people would ever think of referring to an European country without a prefix. This, which at first glance may go unnoticed, leads to situations that ostensibly hinder the development of a region traditionally punished by various factors inherited from colonization processes and the excesses of liberalism. Let us take an example: the Ebola crisis, with epicenter based in West Africa, around the Gulf of Guinea. During the peak months of the same, the rates of tourism in Tanzania were reduced to ridiculous figures in comparison with previous years. I speak about Tanzania not only because it is the country where I have spent several months, but also because it is thousands of kilometers away from the epicenter on the east coast of the African continent, and because it is a State that has not registered a single case of the virus inside its borders. Why, then, did Tanzanian tourism suffer so profoundly the effects of the epidemic? Why not Spain, for example, if we did have some cases? It is an interesting question, which surely deserves a more detailed analysis, but which in some way allows us to understand how important language is, as well as calling things by their name, even if it is sometimes incompatible with the interests of the great powers and the capital.

A second important aspect is what I consider the perversion of the priorities system. In my opinion, this is an effect derived from the globalizing process by the expansion of neoliberalism as dominant ideology. Without underestimating the importance of communications, and with all the satisfaction and joy that came to me when I saw that Internet connections and mobile coverage were reasonably good; even after a lot of turns, I can´t understand how so many cuts in the electricity supply can continue existing, or how there are no effective mechanisms for water sanitation yet, water which is not lacking in Tanzania, like it happens in the case of Saharan Africa. I certainly believe that once again the economic interests of the multinationals have prioritized certain aspects above those that should be the basis on which build development. I have the feeling that in some cases the house has been started to build on the roof. 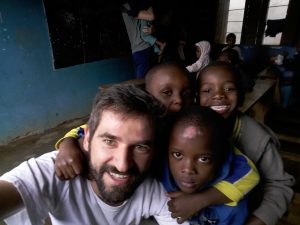 Apart from these issues, which are somehow imposed by circumstances of an exogenous nature, I am not trying to exonerate the different governments and the Tanzanian society from all responsibility in the situation that occupies them as a country still in a very depressed situation. Its organizational culture is certainly complex and requires an urgent restructuring of the educational system to vary certain behaviours that, in my opinion, make it impossible to advance. The management of logistics and transport is chaotic, and although traffic controls are numerous, their effects are not endorsed by a decline in accidents or infringements. The corruption that plagues the different layers of the “res publica” and the spheres of power, does not help either. Nor the exploitation of the need that the richest Tanzanians exert on their humblest fellow countrymen, with endless hours of work and inhuman remuneration.

On the other hand, although the coexistence of Christianity, Islam, as well as the particularities of certain tribal configurations, has an eminently peaceful character and in that sense it is necessary to praise it, it is also true that the radicalization of some positions supposes, in my opinion, an important obstacle, which causes the number of children by marriage to be very high, despite the lack of financial resources for their maintenance. This should be corrected with education about the use of contraceptive methods, something for what Tanzanian society is reluctant, fruit of the exacerbation of certain beliefs. There is, therefore, still a clear deficit in sex education and reproductive rights (without neglecting its importance for the prevention of STDs). If we add to this the difficulties derived from isolation in rural areas, such as the impossibility (often due to lack of knowledge, others due to a lack of economic means) to register births in the Civil Registry, a situation that underlies many other problems such as vaccination campaigns or the control of birth rates; we have an important breeding ground for the persistence of poverty and the non-reduction of mortality and morbidity rates. In addition, the radicalization of the religious tendencies, which we have been speaking about, also contributes definitively to the profusion of difficulties to overcome an absolutely patriarchal society in which women’s rights are regularly violated and those of LGBT groups simply do not exist, because they are not recognized.

Another aspect that I have observed is the propagation in certain sectors of work, especially the skilled one, of a sort of culture that some Tanzanian have called “hakuna matata”, which is a swahili expression that means “no problem”, a kind of “Don’t worry, be happy”. In general terms, it seems to me a way of life that contributes in a clear way to social peace. But when this culture moves to work, there is a risk of falling into accommodation. Like in any other aspect of life, it is not convenient to generalize, but it is something that caught my attention and that I can´t ignore. I have not observed this tendency, I must add, in the unskilled workers whose lives are more driven by necessity.

Lastly, and after have briefly and superficially disseminated some of the major scourges that, from my point of view, Tanzania is striking, I don´t think it is fair to end without putting in value peace, hospitality and religious tolerance (still not in other aspects) as capitals that generate the necessary stability to undertake the medium-term challenges facing the country. Building on these pillars, Tanzania, which enjoys moderately advanced infrastructures compared to some of its African peers, will have taken a giant step on the road to overcome the endemic poverty that still suffers in many of its areas, especially the rural ones.