“From aardvarks to herds of 66 springbok, cold showers to Fred’s cooking, the first week at Oana has been a blast. Our mission for the three weeks is to try to capture the enigmatic leopard: so far we have set up 14 camera traps, James has butchered a donkey (its halves affectionately known as Denis and Denise), and the aim is to document the leopards’ identities through photos. We have also joined forces with Kali, an overenthusiastic scat dog, who in the near future will help us on our endeavours. 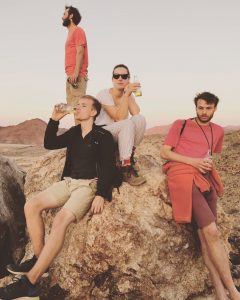 So far, around Oana we have hiked up volcanos, had sundowners looking across the vast plains, and been (temporarily) abandoned in the dark due to the challenges of driving without a sat nav. Our morning mountain biking proved to be better suited to the adrenaline junkies, whereas our efforts at yoga provided a calming antidote. In camp, the biscuit jar is never full, hakuna matata is sung late into the night, and the bird bath we created is a beautiful rock feature.

Our excursions from the farm have involved creating netball courts for the local school in Warmbad, and we have done a two day trip to Fish River. While there we swam in natural hot springs, saw the largest canyon in Africa, and ate our first gemsbok steak. 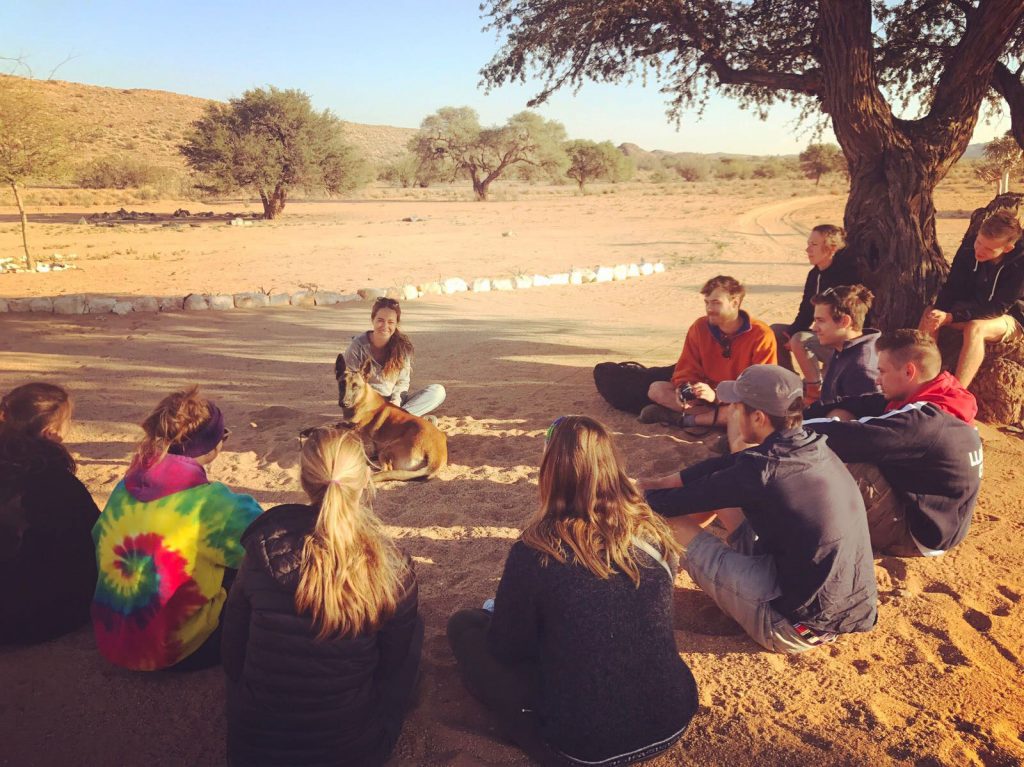