Human rights appeals to me because it ensures that all humans enjoy equality before the law and are treated with a certain level of dignity and fairness. As a society develops it is of great significance that the democratic values on which its constitution is built upon are respected. Being a former British colony, Tanzanian law is largely based on common law. However, it also accommodates islamic and customary laws, and in practice applicable laws are often set aside in favour of customary indigenous principles. Such principles are often both unjust and illegal, and certain major injustices in the Tanzanian society are derived from these principles. This text is a summary of my experience of working as a Human Rights and Legal Aid Volunteer in Tanzania. I am briefly describing the legal situation in Tanzania from a human rights perspective, solely taking women and children’s rights into consideration. Further, I describe the organization I worked within and what I did in order to contribute to the protection of human rights. Lastly, I provide some concluding reflections of what I learned.

Prevailing situation and the legal conditions in Tanzania

Even though equality before the law is fundamental in a constitution built upon democratic values it is not a principle that the people of Tanzania can take for granted. According to customary indigenous principles women in Tanzania are not believed to enjoy any rights in the eyes of society and they are not allowed to possess land or property. Therefore, women in Tanzania are traditionally disadvantaged and discriminated. For example in the event of divorce and inheritance women are usually left with too little or entirely without property. Since children in Tanzania typically live with their mothers after a divorce children are also placed in a very vulnerable situation in the event of divorce, especially as children’s fathers also often fail or refuses to pay child maintenance. Children who are being raised by single mothers in Tanzania usually do not have sufficient support or resources to satisfy their basic needs. Thus, as a result of divorce and the passing of their fathers, children are prevented from living a decent life and investing in their future. However, this approach is not legitimate according to the law. According to both domestic and international law women in Tanzania are entitled to a fair and equal division of property in the event of divorce, and they shall enjoy the legal right to inherit their spouses. Parents are also obliged to contribute towards the welfare and maintenance of their children, and to supply the necessities for survival and development of their children. Unfortunately, very few people in Tanzania are aware of these regulations. Thus, women and children in Tanzania are frequently discriminated and left impoverished in the event of divorce and inheritance, even though they are rightfully admitted to a fair and equal division of property and to be provided with child support according to the law. In some of the cases i came across, such discriminations against the right to a fair and equal division of matrimonial property had even occurred as a result of women leaving their husbands due to assault and abuse.

As a Human Rights and Legal Aid Volunteer my job was mainly to provide legal counselling and assistance, especially for women and children in desperate need of help. More specifically, I conducted legal research in order to help clients raise legal claims and to litigate their cases. Since Tanzania is a common law country the legal research primarily consisted of browsing Tanzanian case law in order to find precedents that were applicable in our cases and which provided support for our arguments. As Martha, who is the founder of AWLAHURIO, like most other people in Tanzania is not fluent in English another key task was to translate and explain to Martha what was being stated in different documents, such as law suits, appeals, court decisions and judgments. Moreover, we wrote summaries of precedents and compiled them in tables which we categorized based on different areas of law. We stored the tables on a database to make it easy for Martha, her paralegal Naeema and other volunteers to access them. By doing so, future volunteers will hopefully be able to practice Tanzanian law more efficiently.

Since the current office is very small AWLAHURIO needs a larger office to be able to reach out to more people. With a larger office AWLAHURIO would be able to accommodate more volunteer workers, which would allow more discriminated women and children to receive access to legal aid. Therefore, we worked to find ways to raise money for a larger office by applying for funding and grants. After a short while we realized that for various reasons it is not as easy to obtain funding as it may seem, and one of the fundraisers initiated by other volunteers one year earlier had not made much progress. Also, Tanzanians seem to be striving to steer away from western funding. The reason for that is most likely their culture in which they take pride in the fulfilled feeling of independence. Their high valuation of independency is most likely a consequence of the country’s history of being a colony. Hence, we wanted to find an alternative way to contribute to the improvement of AWLAHURIO’s situation, without having to interfere with their ideal of independence in relation to western countries.

When I arrived in Arusha the office was in very bad shape. There were cracks in the ceiling, on the walls and on the floor, and the paint was porous and worn out in general, just to mention some of the deficiencies. Since the existing office was in significant need of improvement and the fundraiser for a larger office was progressing slowly, another volunteer and I thought we should start by making the most of the situation. I believe in every person’s right to enjoy a decent workplace, and I wanted to make an impact that would last in my absence. So, we decided to renovate the current office.

Our goal with the renovation was to provide AWLAHURIO with a pleasant and durable office. Accordingly, we made sure that we acquired equipment and supplies of good quality so the office interior will be sustainable. That was not always as easy as it sounds as we were not familiar with the Tanzanian building material brands, and basically none of the salesmen in the hardware stores spoke a single word of English. Although, with an English Swahili dictionary and teamwork we did well. Since we were dedicated to make the new office durable we spent a considerable amount of time on the renovation in order to get the job done properly. We spent a whole weekend and the following week renovating. We usually arrived at the office at around 8 AM and we rarely left before 9 PM. After investing the money that I had saved to go on a safari the result was excellent. First, we used a putty knife for spackling the cracks on the walls and in the ceiling. Then we used cement to repair the deficiencies on the floor. Next, we repainted the walls, the ceiling, the door and the window frames. After that we laid tiles on the floor, partially in order to make it look more professional but also to make it more durable and solid. Furthermore, we reupholstered chairs which had been worn down, and since one of the electrical outlets were inoperable we replaced it with a new one. As a finishing touch we hung up posters which we had printed on a plastic material and framed. In conclusion, we practically made the place look like a brand new office. In addition to all the planning and the hard work, the most gratifying with the renovation was to see the big smiles on Martha and Naeema’s faces once we were done.

While I was working as a volunteer I discovered that a large part of the human rights violations and injustice that prevails in Tanzania are not necessarily a consequence of incurable evilness. Of course, some of the cases I worked with in Tanzania concerned inconsiderate and sinister wrongdoers. Although, on the other hand a significant proportion of the discriminations are primarily due to lack of knowledge of the law. As knowledge is key to compliance, simply raising awareness of human rights and the legal system can in many cases be a sufficient remedy against the unjust customary indigenous principles that are deeply rooted in the Tanzanian society.

One of the most memorable lessons I have learned from my experience of working as a volunteer in Tanzania is that small changes can make a big impact. A large amount of money is not necessarily needed in order to make a considerable contribution. As progress can evolve wherever there is need of improvement, a relatively small amount of money in combination with a large amount of work and effort can really make a difference. One just has to take the initiative and make the most of the situation. While I was working as a volunteer I gave priority to spend my money on charitable activities, such as the renovation of the office, and I focused on working hard instead of going on a safari or spending the weekends on Zanzibar. I learned that if one is adaptable, dedicated and committed, working as a volunteer can really be a valuable investment. Working as a volunteer has really given me reason to reflect upon the significance of work ethic and the value of embracing a growth mindset approach. I find that it is of great importance to take responsibilities and to work hard in order to contribute to the environment and society in which I take part.

It was an amazing and incredibly rewarding experience to travel to Arusha and contribute to the development of human rights protection. As soon as i have the opportunity i will definitely return to Arusha to work on protecting human rights again. Lastly, I truly hope that one day the entire population of Tanzania will become aware of human rights, and that women and children in Tanzania in the eyes of society will be viewed upon through glasses of justice and equality. 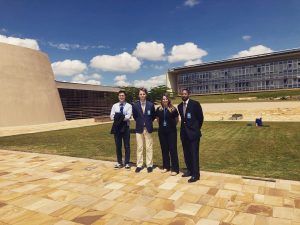 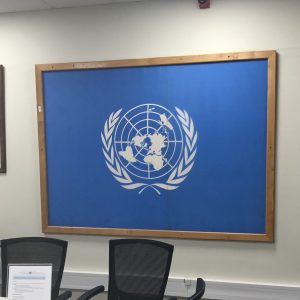 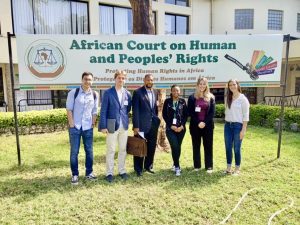 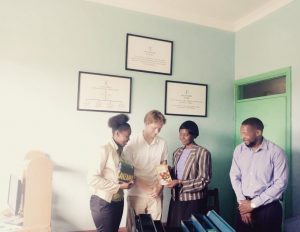 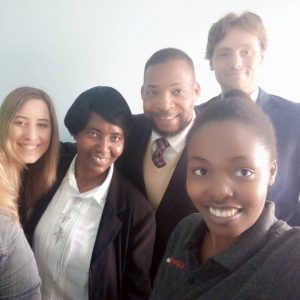 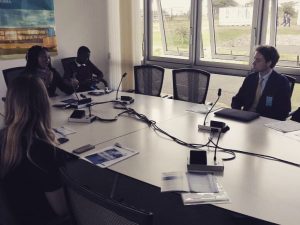