Hi! We are Nicole and Jake, two volunteers from England who did the Mangrove Conservation project in Kampot, Cambodia.

We did a lot of research before choosing our volunteer project (including reading people’s personal experience reports like the one I’m writing now!) We wanted a project that would truly help people in a lasting way, we wanted to be challenged but also realistic about what we could offer and try to work in a sustainable way. This project ticked those boxes for us!

We reached out to friends, family, friends of friends and family – spreading awareness to everyone and anyone of how important and amazing the mangrove forests are for the environment and how the community in Kampot relies on them for their livelihoods. People were generous in their donations and after putting on a fundraising gig we managed to raise enough money to do the project. 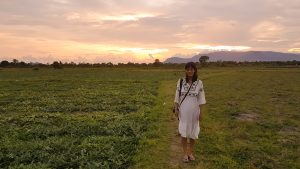 After a full day of travelling with our local co-ordinator Mr Ear, we arrived at the site where we would also be staying. It was late in the evening so we went straight to our hut to go to bed. Even though we had seen photos of the accommodation it was still quite a shock how basic the living conditions are – I was particularly embarrassed when we were shown our bathroom and I couldn’t figure out where the shower was until I realised they were referring to the tap and bucket which would also act as our flush for the toilet and sink to wash our hands and do laundry. A real culture shock!
It was difficult to sleep with the humid weather and the sounds of countless creepy crawlies and lizards running around the hut but the mattress was comfortable and I felt safe enough with a mosquito net around us – I was very thankful I was travelling with Jake! 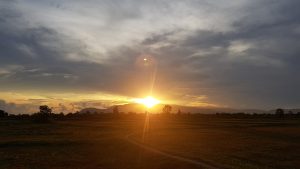 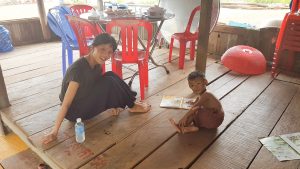 We woke up to see how beautiful our surroundings were in the daylight – green mangrove trees everywhere, blue skies and cheerful multicoloured painted walkways around the site. Apart from our co-ordinator, the local staff did not speak English so we shyly used our basic Khmer to say ‘hello’ and ‘thank you’ – we soon learnt key phrases from Mr Ear. Food was home-cooked and really delicious. The local community were muslim so there was no pork but they also had a lot of fish and seafood since these are caught fresh by the fishermen! We loved the fresh watermelon and papaya and it was fun to try the local ‘cakes’ often wrapped up in a banana leaf.

Mr Ear took us around the area and although beautiful with its colourful houses and nature, we realised how little there was around us…mostly farmers fields and the dusty road. It was a 10minute/5 dollar Tuktuk ride into Kampot town which we knew we’d only really be able to afford to go on weekends. What made it particularly isolating at times was that there were no other volunteers on the project whilst we were there! That was probably the most disappointing thing for us, we had really looked forward to making friends and working together. However, we knew we had come to help the community, not just to make friends and occasionally there would be English-speaking tourists who visited the site so we did still meet a few interesting people that we could communicate with. 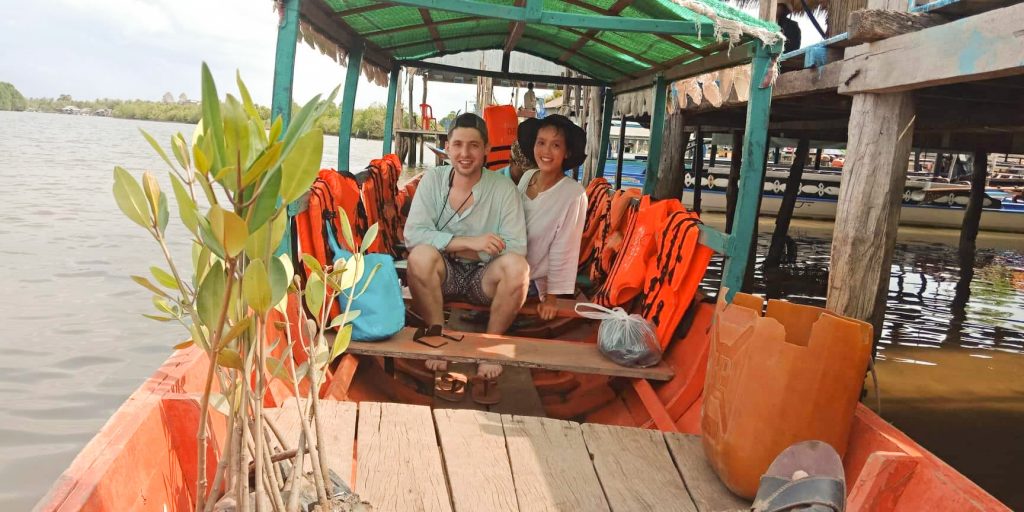 The project itself was not hard but slow and tiring in the hot Cambodian sun. Most days we were making bags of mud which seeds could be planted in. A top tip would be to invest in a pair of wet shoes. We wore these every day which were really great to keep your feet safe from sharp shells and super easy to wash mud off – something we needed to do several times a day! I think on an average day we’d take about 4-6 showers, either because we were muddy or simply because it is so hot. That bucket and tap of cold water became our best friend very quickly. 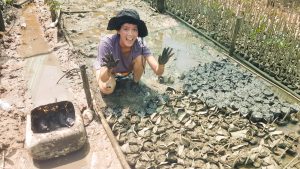 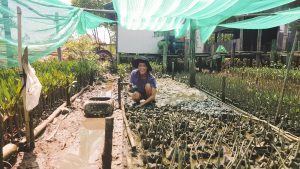 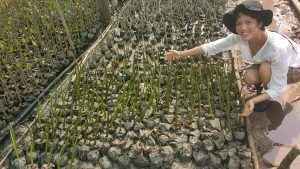 Twice a week we would take a boat out to plant mangrove trees where the river meets the sea. We loved taking the boat out and getting fresh air, we challenged ourselves each week to plant more trees than the last time, I think we started by planting 20 trees in 2 hours and by the end we were planting 60 trees in 2 hours! In our 4 weeks we planted over 300 trees and 1200 seeds. 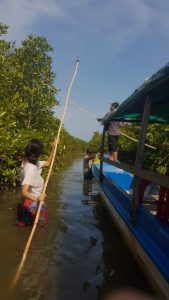 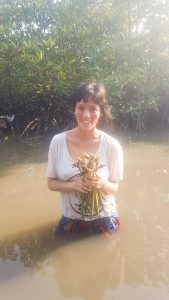 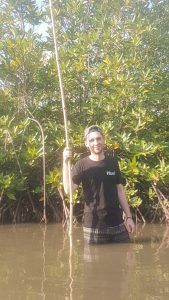 One afternoon we took the boat out to harvest seeds from the older mangrove trees. We were wading in hot muddy water up to our chests and having to spot the seeds which were camouflaged high up amongst the leaves. The locals taught us how to tell if a seed was ready to be harvested and how to use this extremely long stick to hook the seeds at the tops of the trees. We worked together as a team all afternoon and collected 2 huge bags of seeds, that was definitely one of my favourite memories! Unfortunately, we had done such a good job that we no longer needed to harvest seeds for the rest of the time we were on the project! We just had to focus on making enough mud bags to plant them in. 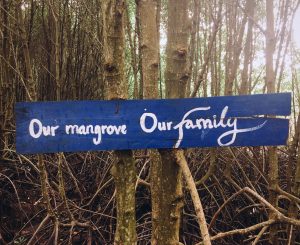 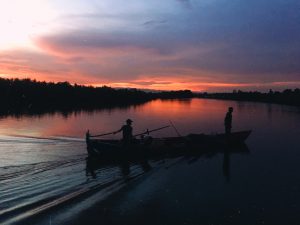 We were incredibly impressed by the knowledge and hard work ethic the locals have. In such a poor community where people have little to no education there is actually such a rich wealth of knowledge passed down from generation to generation. The 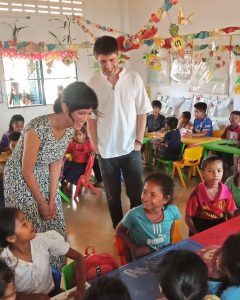 climate is hot so our work had to be done slow and steadily with long breaks between – this was something that took us a while to get used to as we were so eager to help. There was little variation in the tasks needed to be done so after discussing with our co-ordinator and Global Nomadic, we spent out afternoon for the second half of our time on the project, teaching English at a local school. We had originally thought that teaching English abroad was an easy volunteering option that held less value but when we arrived at the school the first day we saw how the kids would crowd around the windows outside of the classroom, so desperate to learn. We quickly got attached to the students in our classes who’s future we could so easily help by teaching basic English, it suddenly felt so important that we really try and teach them as much as we could in the time that we had. The teacher we were helping was the same age as us and really appreciated us teaching the correct pronunciations for more challenging words or names she didn’t know. We really enjoyed our time teaching at the school, it really added to our project of helping the community in more ways than one.

Us teaching english at local school