Archaeology is a niche scientific discipline that has long suffered from a gross misrepresentation in mainstream media. For most people, the word brings associations of glamorous adventures in exotics deserts and far away locations, expeditions fraught with dangers and the promise of long forgotten treasures, all carried out by dashing figures of the likes of Indiana Jones or Lara Croft. 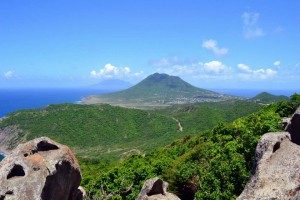 While the reality of archaeology is very far from this image, there is still a sense of mysticism surrounding the act of digging through the layers of the earth to find out about the past, reconstructing the lives of people long forgotten and cultures lost in the mists of time. Archaeology teaches us about more than broken pieces of pottery, it helps us paint a picture of human activity throughout the ages and how our very existence was shaped into being. While history may be all about the past, advances in archaeology are constantly re-shaping theories of cultural evolution.

The most iconic part of the archaeological discipline is without a doubt the dig itself, the painstaking act of slowly sifting through the dust to uncover fragments of the past and piecing them back together, fragment-by-fragment. Far from the adrenaline-filled escapades of Tomb Raider and Indiana Jones, this can be back-breaking hard work, long hours under the sun spent carefully removing dirt surrounding an artefact, which is most likely not going to make anyone very rich. What it will do is uncover another little piece of the puzzle of the past, through which we can gain greater understanding of the many layers of culture that precedes our own.

Gaining experience on a dig is a key milestone for any student of archaeology or anthropology, but is also a great way for the uninitiated to get a glimpse of what archaeology is all about. And if you could marry all this up with living on a sun-drenched Caribbean island, surrounded by miles of blue skies and seas offering some of the best snorkelling and Scuba diving in the world, what you get is the opportunity of a lifetime, taking part in the archaeological field school on St Eustatius!

The island of St Eustatius, or Statia as it is commonly referred to among its approximately 4000 inhabitants, is a small island in the Caribbean Sea. Formerly a part of the Netherlands Antilles, the island has been a special municipality of Holland since 2010. With its strategic location, the island has an incredibly rich history, spanning both pre-historic and colonial times. During the course of history, the island was claimed by many different nations, most notably the Dutch as a result of the activities in the region of the Dutch West India Company. Despite its small size (a mere 21 square kilometres), the many layers of history has left a stunningly rich archaeological inheritance, important both for the understanding of St Eustatius as well as the wider Caribbean region. Statia, dubbed ‘The Caribbean’s Historic Gem’ offers up hidden archaeological resources both on land and below water and is the perfect place for cutting-edge archaeological research.

This internship provides a unique opportunity for archaeology students or those with a keen interest to work alongside world-class archaeologist at a local NGO. This organisation was founded in 2004 with the goal to protect and preserve the rich and diverse historical resources of the island as well as developing new techniques for underwater and terrestrial archaeological site recording. During this internship, you will have the opportunity to learn a wide scope of archaeological field work methods, including excavation and survey techniques, archaeological drawing and photography, processing and identification of artefacts, conservation, archaeological report preparations, legislation and much more.