“I spent 3 months in the Caribbean as an intern. The application was surprisingly easy thanks to the lots of help by the Global Nomadic, especially Jeremy, and the 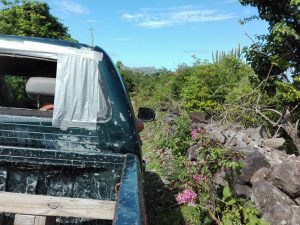 marine park manager  of St. Eustatius National Parks, Jessica. Getting there was pretty easy, at the airport I was picked up by Francois, the marine ranger. Luckily I got some days off to be over the jetlag. First, we were housed at the Caribbean Netherlands Science Institute.

The island is a small treasure but I needed three months to explore it well. I really appreciated that the other interns were helpful and guided me if I was lost. In the beginning, I was guided around the marine park. 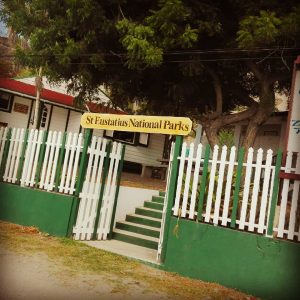 The stressless life was sensible which means everybody was willing to help me, to teach me without pressure. A big surprise was the locals’ attitude towards each other. Everyone greets the other, waves at the other or uses the horn of the car. People are so helpful that I got lift many times, it did not matter where I wanted to go to. Although I thought there was no place to party at the weekends, in fact, there were some awesome places where we could feel good by dancing, singing and so on. 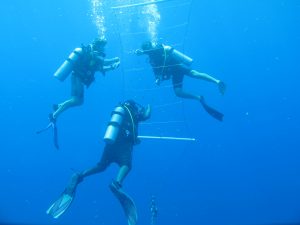 I gained a lot of experiences and knowledge during working with the project. Every week hid something new, but we had some projects as well. I could take part in the coral projects and learn all the methods from the preparing to the maintaining. We were spending the morning on the boat, diving a lot. During that time I have been able to learn basic ship handling techniques. I saw what makes a dive site suitable for scuba diving. The park possesses more than 20 dive sites, and these dive sites have the own beauty.

I had the opportunity to participate in other tasks of the national park such as working in the botanical garden. The environment had an effect on me there. Making the garden prettier and prettier at the foot of the volcano, in a more or less hidden place was fun. Furthermore, we conducted a beach mapping to estimate 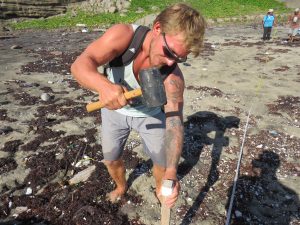 the effect of erosion, beach cleaning, which surprised me how many kilos of garbage we can collect in one hour. It was awful to see with my own eyes what we cause with the plastics and other garbage materials. Additionally, the bird assessment made it more colourful. I could learn what the bird species of the island look like and sound like.

In free time, we went hiking up to the volcano Quill or in the Bovine National Park. There is no word what a person can meet there. I seriously felt I was in the Lord of the Rings. Of course, we visited the beach or went snorkelling, too. Or just throwing a barbecue party. 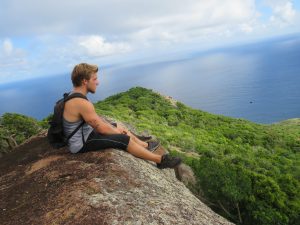 To sum it up, it was a great opportunity to learn new things, to gain experiences before continuing my study. I managed to get to know fantastic people”.